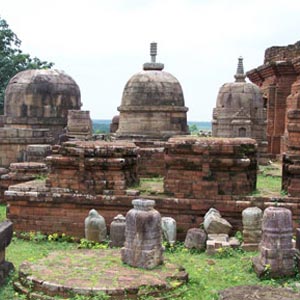 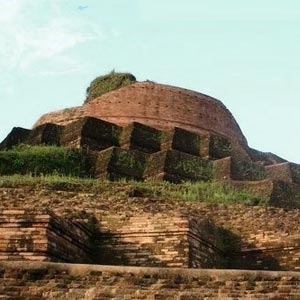 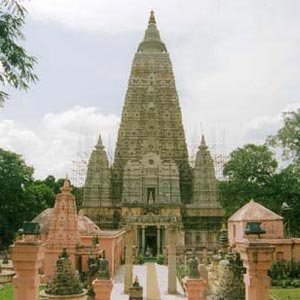 Tourism is a crucial sector in terms of it’s contribution to the economy according to the planning commission an investment of INR 10 Lakh in the tourism sector can generate employment for 78 people as compared to 45 in agriculture and 18 in the manufacturing sector. The buddhist circuit is one of the most popular tourism product offering, drawing in transcendence has been centered around the modern day states of BIHAR and UP.

Sravasti, capital of an ancient kingdom by the same name, is sacred to the Buddhists because it was here that Lord Buddha confounded his critics with a million fold manifestation of himself, seated on a thousand-petalled lotus, as fire and water emanated from his body. The nearest airport is in Lucknow (151 kms) and the railhead is in Balrampur (19 kms).

The capital of Kosala Mahajanapada in the ancient times, Sravasti is also known as Sahet-Mahet. During the annual vassavasa, the city hosted the Lord for 25 years ( during the rainy seasons). The presence of Lord Buddha in Sravasti led his Sangha advance to congregate into one place. Sravasti is also renowned for the magical feats showed by Lord Buddha, sitting on a lotus, and for the other many stories that are linked with Buddha. The most popular is the story of the woman who came to resurrect her dead son. There are many other stories, related to Sravasti, basically confirming the supremacy of Lord Buddha and proving him as a legend. Its not known whether these really happened or not but looking at the faith of the local people its hard to believe that these are mere stories and not the truth that happened here. The place also has a magical charm that enlivens tired tourists instantly.

Sankisa, located at a distance of around 40 km from Kannauj in the Farrukabad district of Uttar Pradesh, is a place of tremendous importance for the Buddhists. Mythical legends relate the place to the Buddha. It is believed that after delivering sermons to His mother and other devas in the Heaven, the Buddha returned to earth here at this place, Sankisa, which was considered the town of human abode. Because of this, Sankisa is counted amongst the pilgrim destinations for the Buddhist.
References about the city (as Sankasya) is also found in the ancient Hindu epic of Ramayana and the travel chronicles of Huien Tsang (as Kapittha).

Kaushambi, in Uttar Pradesh, was visited by Buddha in the 6th and 9th years after his enlightenment. He delivered several sermons here, elevating it to a center of learning for Buddhists. Today one can see the ruins of an Ashokan Pillar, an old fort and the Ghositaram Monastery. The archaeological excavations here have yielded a large number of sculptures and figurines, coins, punch-marked and cast coins and terra-cotta sculptures which show the reverence the city was held in by the devout, in times gone by. All these religious finds of historical and archaeological importance can be viewed at the Allahabad Museum.
However the area occupied by Kaushambi district has a very glorious past. In Ancient India, Hundreds of years before the christ born, Kaushambi was the capital of Chedi-vatsa janapada, one of the prominent janapadas into which the Indo-Aryan people were divided. As some of these janapadas figure prominently in the Brahmanas and Upanisads, it is not unlikely that the antiquity of Kaushambi Buddhism goes back to the period of the Brahamanas. The Satapatha Brahamana mentions a person called Proti Kaushambeya, a native of Kaushambi. This hoary antiquity of the city is confirmed by the Mahabharata and the Ramayana, the former ascribing its foundation to Kusamba, the third son of the Chedi King Uparica Vasu and the latter to Kusamba, the son of Kusa.

The little village of Piprahwa is a very important Buddhist pilgrimage since Lord Buddha had spent his first twenty-nine years of life in this region. Excavations by archaeological survey of India have revealed the relation of this place to the Kushan period. An excavated stupa bears text that proves the existence of an ancient monastery named Devaputra in this place. Two mounds have also been excavated at only a little distance (1.5 km) from this village which, is considered to be the ruins of King Suddhodhana’s palace.

Kushinagar (also spelled Kusinagar or Kusinara) is the site of the Buddha Shakyamuni’s death. It is located next to Kasia, a rural town in the state of Uttar Pradesh, 52 km from Gorakhpur, in northern India.
Kushinagar is one of the four major pilgrimage destinations said to have been authorized by the Buddha himself. The other three sites are: Lumbini (birth); Bodh Gaya (enlightenment); and Sarnath (first teaching).

Varanasi is a city in the Indian state of Uttar Pradesh dating to the 11th century B.C.E. Regarded as the spiritual capital of India, the city draws pilgrims who bathe in the River Ganges’ sacred waters and perform funeral rites. Along its winding streets are some 2,000 temples, including Kashi Vishwanath, the “Golden Temple,” dedicated to the Hindu god Shiva.

is a city located 13 kilometres north-east of Varanasi near the confluence of the Ganges and the Gomati rivers in Uttar Pradesh, India. The deer park in Sarnath is where Gautama Buddha first taught the Dharma, and where the Buddhist Sangha came into existence through the enlightenment of Kondanna. Singhpur, a village approximately one km away from the site, was the birthplace of Shreyansanath, the Eleventh Tirthankara of Jainism, and a temple dedicated to him, is an important pilgrimage site.

Vikramaśīla University is one of the two most important centers of Buddhist learning in India, along with Nālandā University during the Pala dynasty. This university was established by King Dharmapala (783 to 820) in response to a supposed decline in the quality of scholarship at Nālandā. Atisha, the renowned pandita, is sometimes listed as a notable abbot.
A fortified Vikramaśīla was destroyed by Muslim invaders fighting the Sena dynasty along with the other major centers of Buddhism in India around 1200. The remains of the ancient university have been partially excavated at village Antichak in the Bhagalpur district, Bihar state, India, and the process is still underway. It is the one of the most famous ancient university in India.

A great centre of Buddhist learning, Nalanda came into prominence around the 5th century 450 BC and was a flourishing university town with over ten thousand scholars and an extensive library. Tibetan Buddhism, both its Mahayana and Vajayana tradition stems from Nalanda teachers andb traditions (the late 9th-12th century) A number of ruined structures dot the Nalanda landscape. The known and excavated ruines extend over an area of about 150,000 square metes. However, Xuanzang’s account of Nalanda’s extent indicates that a vast area still remains unexcavated.